How To Trade The Best Chart Setups With Confidence 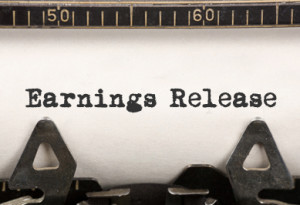 Hindsight is a real mother whatsit and it’s all very well wishing you could have traded x,y and z stock before it spiked big, but there is no point at all in saying such nonsense as you will always miss some trades no matter how prepared and ready you are.

I have only five working days left at my day job before I start trading full time, and I am fully aware that I am going to miss trades along the way and I’m also not going to get it right all the time.

In the stock market game you can not afford to get greedy by trying to trade every stock that you see go up, but you must be prepared as much as possible by waiting for movement on your stock picks.

When I’m up and running, my watch list below will be my general guide as to what I trade, as all the stocks on my list I have hand picked myself to keep an eye on for various reasons. Of course I will add and change some of these picks along the way as well as listen to what my mentor Timothy Sykes says and has discovered too.

Now before I say anything else, I am fully aware that it is all very well detailing what’s happened in the past, but we shall just have to wait and see what happens when I trade for real in the future!

Remember, I am NOT an expert or a teacher of penny stocks or anything at all in the stock market game. I am just a normal guy that is fighting for his freedom and I know what I want!

So I am a student and not a teacher, but everything I write about and do is all based on what I’ve learnt along the way, with my own opinion of what works best for me.

So while delivering parcels at my day job, I was doing my best to keep an eye on the stock market for training purposes and I had several picks that I thought could spike for different reasons.

The first one I was watching was $BIOS, which had it’s earnings release on November 4th before market open.

With a positive earnings release I would have been ready and waiting to trade had I been at my laptop, but alas I was delivering parcels! Being prepared is the number one key to successful trading.

As you can see in the chart below $BIOS spiked at the market open on 4th November within the first fifteen minutes, and my goal had I entered a trade would have been around $2.30. If I’d gotten my position executed I would have made my 7-11%  goal of profits and exited at around $2.55ish. So it could have been around 25 cents or a $250 profit with a 1000 shares in play.

With earnings winners, there is often the potential and possibility to dip buy later in the day if you missed getting your morning trade executed. As you can see by looking at the chart above, it pulled back to the $2.40 area and then picked up again, but started to fade towards the market close.

So there was more than one opportunity to enter your trade here. If you’re into shorting stocks then there was the other opportunity of shorting right into resistance with the morning spike, but I personally haven’t studied enough on this strategy yet, but will do once I have mastered the simpler trading strategies first. I know this is one of Tim Gritanni’s main strategy’s though, and he’s been mega successful with it.

With the high amount of shorts in play, it will be interesting to see if this goes past the $2.80 area and spikes above the $3.00 area with a short squeeze next week. Looking at the past chart performance of this stock, it is showing signs of an up trend as it is near it’s lowest price point, but anything is possible at this point. $BIOS is worth keeping an eye on for any more news and break outs, but you have to wait to see what the market does to it and NOT trade by just predicting what you think.

~The Market Is Always Right And You Are Just A Tiny Little Number Below Zero!~

With $XOMA I noticed there was big price action happening on the 27th October which I think was due to this news release. Either way there appeared to be a short squeeze happening. Looking at the chart below you can see that it spiked on the 27th October, which was possibly due to the news the previous day. This chart just below is on a daily candle chart, so every candle represents one trading day.

Now looking at the 15 minute chart view you can see the breakout happen, opening on Monday 2nd November and also you can see the increase in volume too. Interestingly when the earnings release came out on the 5th after the market close it gapped down due to no good reports on it’s finances and sales. So it was NOT an earnings winner.

Just to prove I had my eye on $XOMA before it spiked I posted a comment on my profitly wall as you can see below.

So again if I was prepared by being at my laptop instead of delivering parcels I could have made a trade here and it could have gone like this: I would have waited to see if there was any price action at the market open, which there was and waited to see if it broke past the $1.30 area. As it did, I would have attempted to enter my trade around $1.33ish and PLANNED my exit with my 7-11% profit goal at around $1.45-$1.50ish with 1000 shares in position. Keeping an eye on price action is vital to knowing when to get in and out of a trade, as you can see price increase and price fade by looking at level 2 action.

So this could have been around 17 cents profit or $170 gain give or take.

Surprisingly the very next day it spiked even more with fierce price action and loads of volume, so I could have potentially made another trade.

By being prepared, ready and waiting for a possible breakout on the 3rd November which was $1.65ish, I’d have been exiting at around $1.80ish with my PLANNED exit of 7-11% profit goal. so could have been around $150 profit with 1000 share position.

Although $XOMA is NOT my ideal pick that I go for, it has loads of potential for the short squeeze which is exactly what happened here. The main reason it’s not my best pick is that it has quite a large float which means that it generally requires a lot of volume in order to change the price quite a bit, but it is still tradable none the less.

I won’t go in to too much detail with this one as I’m still studying the Long game in more detail before attempting any Short trades. However I saw a news release on the 2nd November about a possible pre-production contract, and to me it meant nothing in order to attempt entering any long trades, as there were no facts or positive news as such other than rumours. Also this stock has a history of NOT holding it’s spikes, which is a good sign when to short a stock. So I would have been ready to short this one if I was ready and prepared.

Now this stock was NOT on my radar and I did NOT spot this one spiking in the morning as I didn’t watch anything on Tuesday 3rd November as I was mega busy delivering parcels.

$BNSO is a great example of how a nano cap stock with a very small public float and a positive earnings release or news can make a stock spike like this. I have now added this one to my watch list for future possible trades, should there be any criteria that fits my strategy to trade it.

Here’s the chart below of what happened to this stock anyway(Notice the increase of volume in demand):

I will still keep my eye on this stock as with the billionaire play involved in this stock, it has the potential to spike again, but until something decent happens with news as a catalyst or good earnings release, it is untradable. Due to it’s earnings release on 4th November I had my eye on it, but no good news meant no trade to enter anyway, so not much more to say on this stock at the moment.

This stock has rather low volume for a potential trade, but with a decent volume increase from good news it would make it tradable within reason. No worthy action to trade it yet though. It needs a good catalyst to create any action I feel.

$KBIO Earnings Release (Has been delayed) – BEST EXAMPLE OF THE WEEK!

This pick had it’s earnings release due on the 6th November before the market open, but due to this news the day before, it has put it’s release on hold until a further date in the future. Low and behold it gapped down, and I want to point out that this result is an EXCELLENT example as to why you do NOT enter your buying position before earnings release in the anticipation that it is going to be positive.

This is also a great example why I don’t like the buy and hold what ever happens concept!

To top things off with what’s happened this week there were several others that spiked again, like that of $ERII, but the other notable one is $WTW which has just been backed by another billionaire, which is that of Steven A. Cohen.

Will be interesting to see how $WTW behaves next week, although I would not be trading it personally unless I could afford at least a 1000 share position or even just 500 to make it worth while to trade. It is also NOT a penny stock any more! Well duurrh!! lol

So I’ve seen some great things this week, but here are the main lessons I’ve learnt in a nut shell:

So with my final week at my day job it’s going to be so sa-real with reality as to how I’ve got to this point and it’s actually finally going to happen!

As I’ve said before I am just a student and I could flop at this, but I’ve got this far and I am going to work my ass off to succeed at trading penny stocks with the help of Timothy Sykes and a few others.

Until next time, keep warm as it’s definitely getting chilly with winter approaching, and start believing that you can do anything that you put your mind and heart into so long as you really want it. If I can do it then so can YOU! 😉

Hello, my name's Christopher and Welcome to Tradingspike.com My fascination with trading the financial markets for a living has sent me on a quest to master one of the most challenging skills on our planet, and this is where I share my experinces for fun and education. 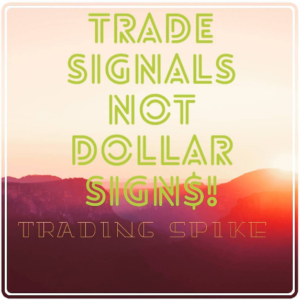